Almost every American has an insurance agent that is either covering their home, auto or their term life insurance policy. The agent you have may even be covering all three of these crucial insurance coverages for you. But how do you know that you received the lowest cost policy with the most to offer in coverage? Do you know if your agent is an independent agent or a captive one? Have you even heard of an independent or a captive insurance agent? If not, don’t worry. We are going to break it all down and this information here will allow you to make an informed decision as to which one could provide you the best assistance.

A captive agent is an insurance agent that has an exclusive contract, or “appointment” as it’s referred to in the industry, with just one insurance carrier. What does this mean for you? This means that when this agent quotes your auto, home or term life insurance policy, they are only allowed to give you one quote for each of the three insurance products, but the quotes are all from the same company so in essence, it’s all just a single quote, not three. This also means that there is absolutely no way possible to physically see if the rate that you were quoted is actually an industry competitive one.

Of course, there are other factors that play a huge role in the cost of an insurance policy too such as driving history, claims against your home policy and your current health and age, plus many more. Still, the point here is every insurance company rates their policies differently. They all try to keep rates competitive the best they can, but it is what it is. Some insurance companies are just less expensive than others. But, the only way you can find this out is if you have multiple quotes in your hands. How does an insurance seeking consumer get multiple insurance quotes in their hand? Much more to come on that in the next section.

An independent agent is something completely different than that of a captive agent. Both can get you an insurance quote for auto, home and term life, but that’s about where the similarities end. This agent type has appointments with 100s of insurance carriers from all over the country. They aren’t just tied to one carrier alone. What does this mean for you? This means that when this agent goes to quote you on let’s say, a 20-year term life insurance policy, they will bring back multiple quotes from a good portion of their carriers they feel can offer the best rates for you specifically. In some cases, a person seeking a term life policy can get back 15-30 quotes to choose from. This will allow you to physically see that the quote you have in hand is indeed a nationally competitive quote.

Another huge bonus of working with an independent agent over a captive agent that completely tips the scale is little thing called miss-matching policies. What is a miss-matched policy? A miss-matched policy is a feature that cannot be duplicated at all by a captive agent. This is when an independent agent, let’s say at first, had all your insurance lines with only company A; at the time this method was saving you the most money. One to two years later, this policy has increased in price and you want your independent agent to re-quote you with their other carriers to see if you can find a new home. (This alone is a feature that can’t be duplicated by a captive agent.)

Your agent re-quotes you with company B, company C and company D. You like some of the rates, but they are still a little out of your budget. An independent insurance agent has the ability to separate your auto, home and term life policies and have them with company E, company F and company G, respectfully. You may have a little more mail to check each month, but the total savings by going this route, could be in the hundreds of dollars. The premium for all three of your insurance lines could be cheaper than you even had with company A two years ago. 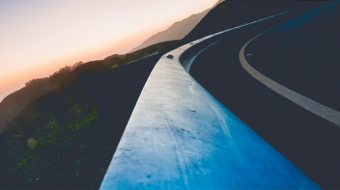 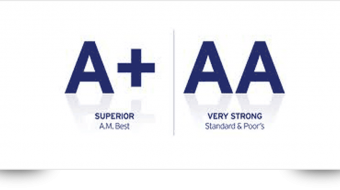